Since the mid-17th century, the ground floor of a building in Campo San Fantin, in the very heart of Venice, housed an apothecary under the insignia of San Paolo. Much later, in 1846, it became the famous pharmacy designed by the architect, Giambattista Meduna, who created the refined appearance that has now been completely restored to its original splendour.

With respect to his later design of the pharmacy, the furnishings and decorations employ a flamboyant neo-Gothic style: the hickory panelling and the wood and terracotta decorations are reminiscent of certain architectural elements evident in the ancient Venetian palaces. Among the different elements, the four large statues by the sculptor, Pietro Zandomeneghi, are particularly impressive.

They are inserted into an elegant niche that is topped by an aedicule, and the entire setting is surrounded by twelve smaller, allegorical figures. The four larger statues represent respectively: Botany, Medicine, Surgery, and Physics.

Open on Tuesdays and Wednesdays with the following opening times:

Open Thursday to Sunday with the following opening times: 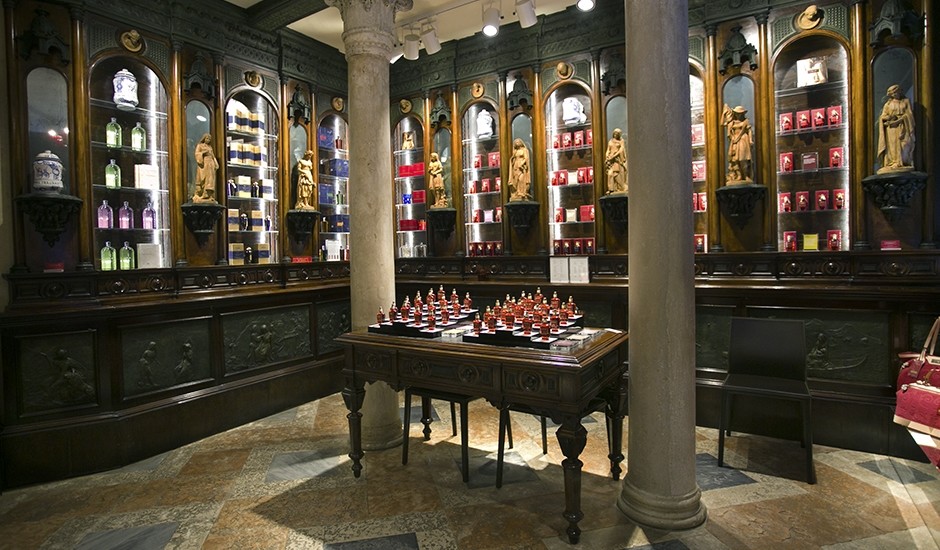 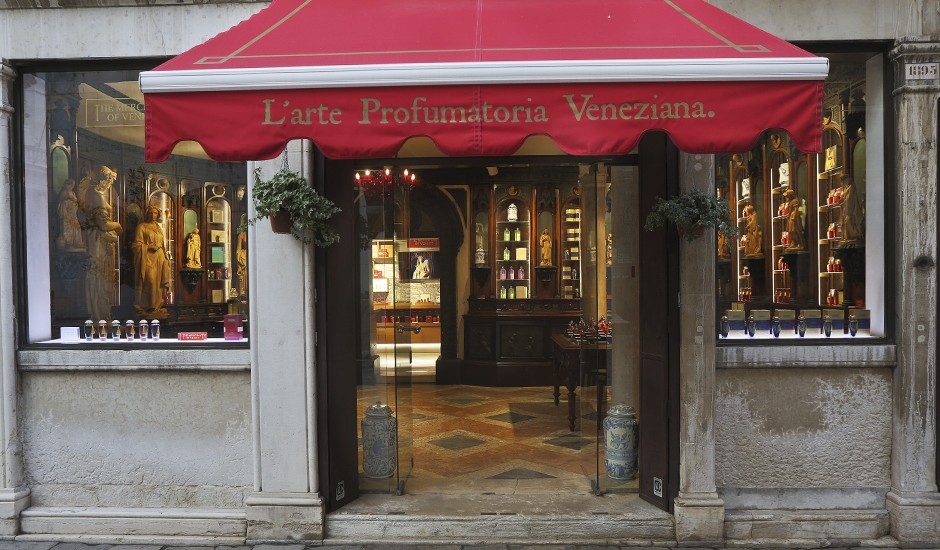 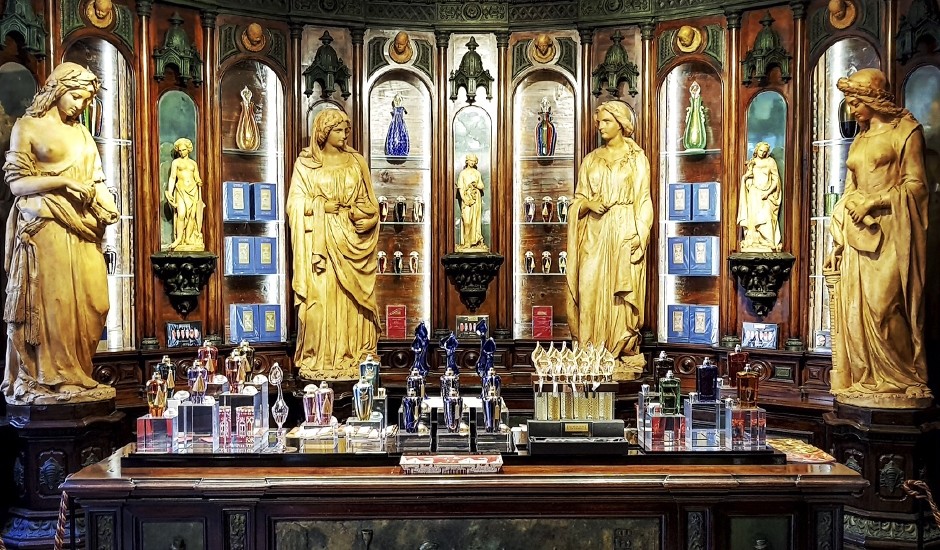