The Vidal Family, involved in the arts of perfumery for more than a century, recognised the need for a cultural luxury brand that would express the uniqueness of Venice: The Merchant Of Venice.

The Merchant of Venice is a brand that has its conceptual origins in the ancient Art of Perfumery originated in Venice and from its centuries old trade with the Orient.
The line is inspired by the “Mude,” the maritime trade routes that covered a very large area from Asia to Africa, and on to Europe as far as the Northern Seas. The “Mude” started from Venice and reached many different harbours, which in turn were the destination of other commercial routes.

These ports were the exchange centres for raw materials and finished products. This system enabled the Republic of Venice to acquire the knowledge and raw materials that otherwise it could not directly attain from within its own mainland.

Through master craftsmen such as the Muschieri (perfumers) and the Saoneri (soap makers), new techniques of production were invented that made the Venetian perfumes and cosmetics highly sought after products in all the Royal Courts of Europe.

The historic nature and the prestige of the brand expresses itself by precious fragrances carried out by perfurmers who reinterprete the ancient recipes.
The sophisticated creations are boxed in precious perfume bottles inspired by the millenary art of Venetian glass.
History and culture are at the base of The Merchant of Venice that perfectly combines them in excellent Eau de Toilette, Eau de Parfum, body products and home fragrances. 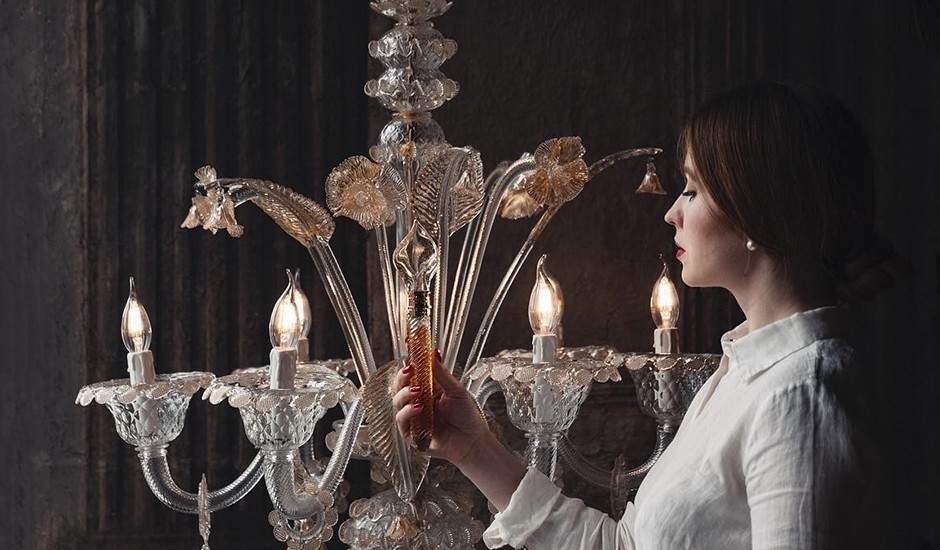